Read as Vision Monday’s 2021 Most Influential Women, including Shopko Optical’s Cindy Moen, discuss their stories of success and fortitude as they faced the challenges of the pandemic. 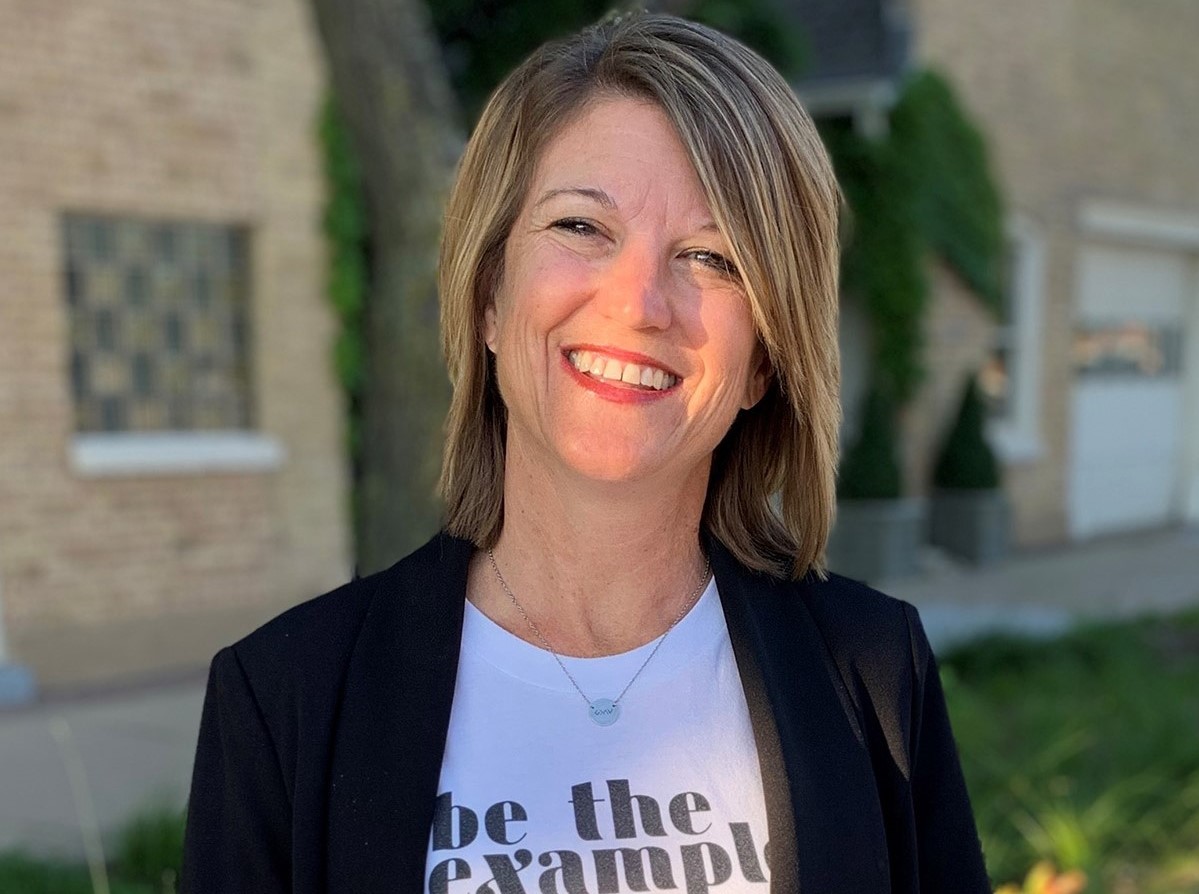 Is a Comprehensive Eye Exam on Your Back-to-School Checklist?

From the classroom to the playground a child’s eyes play an important role in their development. Angel Sims from Shopko Optical discusses simple tips on how you can prepare your child’s vision for the school year ahead.

The nation’s leading optical retailers discuss how they adapted to the challenges of 2020 and how they are shaping a new vision for the future.  Read on to see what Russ Steinhorst, Shopko Optical CEO, has to say.

If you notice your child has a hard time concentrating on their homework or is frequently squinting, it could be a sign that they need glasses. Dr. Esposito from Shopko Optical discusses the importance of back-to-school eye exams.

Give your eyes a break from the computer screen – and discomfort. Dr. Bates at Shopko Optical Pewaukee shares ways to prevent or alleviate symptoms of digital eye strain.

Despite the serious financial and health ramifications that can result from an eye injury in the workplace, eye safety is one of the most commonly overlooked aspects on the job. Protect your employees’ eye health and your bottom line says Kirk Lauterback.

Shopko Optical is partnering with the Papillion Lions Club for the Kids in Focus Program. As part of the program, the Lions Club will continue to identify children in need between the ages of 5 and 17 to receive a comprehensive eye exam and a pair of eyeglasses at no-charge from Shopko Optical.

Masks Are Leaving People Who Wear Glasses in a Fog, Can Anything Be Done To Prevent It?

While there may not be a magic bullet to fix the problem, Bower says there are a number of things that help. One is wearing a mask that is tight fitting or adjustable around the nose. Shopko Optical also sells a mask de-fogging kit produced by Zeiss. It includes a solution that can be sprayed […]

Kathie Doescher has looked into a lot of eyes during her career at Shopko Optical. A certified optician, she gets a charge out of helping other people. With 92 locations in WI and across the country, Shopko Optical continues to grow. It opened 11 stores in the last year, including a second location in Fond […]

To encapsulate this year and how it could play out in the months ahead, Store Brands fielded commentary from more than a dozen thought leaders across retailers, manufacturers and more. Read on to see what Kirk Lauterback, Shopko Optical COO, had to say.

As the challenging 2020 year comes to an end, Shopko Optical noted in an announcement this week that it managed to maintain “steady growth in hiring qualified optometrists and expanding its optical centers during a tumultuous year.”

With the holiday season quickly approaching, Shopko Optical is encouraging shoppers to keep eye safety a priority when purchasing gifts for children. Through its guide, Shopko Optical hopes to equip parents and gift-givers with the knowledge and resources to make informed decisions on how to protect children’s eyes.

Vision Companies, Organizations Use World Sight Day as a Springboard for Broad Range of New Initiatives

Companies and organizations throughout the world that are dedicated to promoting vision and eye health showed their commitment to these causes with an outpouring of support on World Sight Day. Shopko Optical has taken steps to celebrate World Sight Day, and will donate more than 1,000 designer frames to Optometry Giving Sight, a global organization […]

Schedule your next eye exam at Shopko Optical

Healthy eyes are an important part of your physical health. Local 5 Live walks through an appointment and the options for care at Shopko Optical.

As kids head back to school, a reminder for parents to think about their eyesight, an integral part of their learning success.

Jacksonville eye patients at Shopko Optical may be getting a new experience when they set down in the exam chair. Teleoptometry eye exams, or virtual eye exams, are now available.

Masks and social distancing have become the norm as we try to prevent exposure to the virus, but which new protocols are going to stick? And what does the virus mean for optometry?

Think About Your Eyes, a national public awareness campaign that aims to promote the importance of getting an annual comprehensive eye exam with an optometrist, announced Shopko Optical as the latest industry partner to lend its support to the national campaign.

Eye Strain and the Significance of Limiting Your Screen Time

The Inside Line…with Russ Steinhorst

Corporate Optometry Today catches up with Russ Steinhorst, CEO of Shopko Optical, who shares the effects of COVID-19, the role of optometrists, and much more.

Save Your Vision Month with Dr. Thomas Bobka

Hear from Thomas Bobka, OD, the director of optometry services for Shopko Optical. Dr. Bobka shares more about Save Your Vision Month and the importance of getting an annual eye exam.

After a Local Retail Giant Died, One Piece of it Got a New Life. The Story of Shopko Optical.

Since a New York-based private equity firm bought the optical business in May, Shopko Optical has retained 95% of its optical employees, continued operation of a state-of-the-art De Pere manufacturing lab and set a goal of having 35 more stores in 2020.

With the support of a focused team, an efficient plan and an experienced investment group, Shopko Optical said this week that it has opened 80 free-standing optical centers in 180 days, and that the company plans to open an additional 35 optical centers in 2020, according to its announcement.

No, friends, this isn’t double vision: Shopko Optical opened two of its Green Bay area standalone stores today. The new Shopko Optical stores are at 2621 S. Oneida St., in Ashwaubenon, and at 2360 Costco Way, Suite 120, in Bellevue. They are two of about 80 locations Monarch Alternative Capital LP announced it would open […]

A new Shopko Optical center will open Monday in Jacksonville. Dr. Mark Brei will be the optometrist for the 1705 W. Morton Ave. center.

Shopko on Madison Avenue may have closed in June, but Shopko Optical has a new home. On the opposite side of the street and behind Dunkin’ Donuts is the new location for the eye clinic.

A number of Shopko Optical locations are opening doors in Northeast Wisconsin. A location will open at 123 N. Mall Drive in Appleton and another will open at 2360 Costco Way in Bellevue in November.

Shopko department stores are now history but Shopko Optical lives on. Under new ownership, the optical business will open free-standing locations later this month in Somers and Mount Pleasant.

Shopko Optical, which was formed in May with the backing of private investment firm Monarch Alternative Capital, has named Russ Steinhorst as its chief executive officer, according to an announcement this week.

Cindy Moen Named One of the “Most Influential Women in Optical”

Partnership establishes cutting-edge program at the forefront of the optometry educational system GREEN BAY, Wis. – With...

Shopko Optical Welcomes New Member to Board of Managers

The optical company hired 12 new graduates amidst its 40 optometrist hires this year GREEN...

Shopko Optical partners with Oakley® and Coach® to provide newest selection of eyewear styles for...

Eye care business to safely reopen its centers in May GREEN BAY, Wis. – After...

Shopko Optical is available to speak with members of the media on topics related to eye health, vision, optometry, or optical center-specific news. Contact our representative for more information.

✝Not valid with any other discount or vision insurance. Offer does not apply to Maui Jim prescription sunglasses. Other exclusions may apply. Expires 09/30/2021.

Sign up to get the latest on eye health, other eye care matters, discounts and promotions.

Sign up to get the latest on
eye health, other eye care matters,
discounts and promotions.